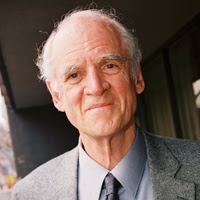 One of the most important thinkers Canada has produced, Charles Taylor (BA ‘52) is that rare philosopher who attempts to put his ideas into practice. His writings have been translated into 20 languages, and have covered a range of subjects that include artificial intelligence, language, social behaviour, morality and multiculturalism. A pupil of Isaiah Berlin at Oxford, Taylor taught at McGill University from 1961 to 1997, and is now a professor emeritus. A public intellectual, Taylor never hesitated to make his ideas known – he ran in three federal elections, most famously against former Prime Minister Pierre Trudeau in 1965.

Sources of the Self, his 1989 book, achieved a wide general readership. His former mentor, Isaiah Berlin, said of him, “whatever one may think of his central beliefs, [they] cannot fail to broaden the outlook of anyone who reads his works or listens to his lectures or, indeed, talks to him.”

In 2003, Taylor was awarded the first Social Sciences and Humanities Research Council Gold Medal. In 2007, he was again in the public eye, this time for three different accomplishments: He received the prestigious Templeton Prize for Progress Toward Research or Discoveries about Spiritual Realities, the world’s largest annual monetary award for an individual; he joined forces with sociologist Gérard Bouchard to chair the high-profile Consultation Commission on Accommodation Practices Related to Cultural Differences, the Quebec government’s response to a string of controversies surrounding the “reasonable accommodation” of religious groups; and he published A Secular Age, a study of the changing place of religion in our societies, which the New York Times hailed as “a work of stupendous breadth and erudition.” In November 2008, Taylor became the first Canadian to win Japan’s Kyoto Prize for arts and philosophy, an achievement marked by a ten-day lecture tour of Japan. He is also a member of the Order of Canada. Today, Taylor continues to write and lecture extensively, especially on multiculturalism and secular society.

“We don’t adequately understand our own development in what we call modernity in the West, and we fail to see that this development is not occurring in the rest of the world,” Taylor has said. “We can’t really understand the difference until we understand better what’s happened in our civilization.”