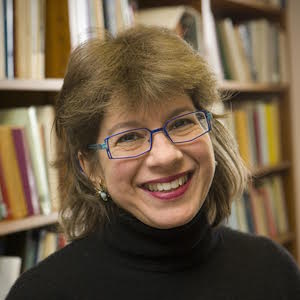 Susannah Heschel is the Eli Black Professor of Jewish Studies at Dartmouth College. She is also the daughter of the late Abraham Joshua Heschel, deemed one of the 20th-century’s most important Jewish thinkers. Her scholarship focuses on German-Jewish thought, with particular attention to Jewish-Christian and Jewish-Islamic relations as expressed in historical scholarship. Her publications, many of which are award winning, focus on the above-mentioned areas of expertise and Jewish-feminist issues. Heschel has served on the academic advisory Committee of the Research Center of the US Holocaust Museum since 1999.

Her publications include Abraham Geiger and the Jewish Jesus (University of Chicago Press), which won a National Jewish Book Award, and The Aryan Jesus: Christian Theologians and the Bible in Nazi Germany (Princeton University Press). She has been a visiting professor at the Universities of Frankfurt, Edinburgh, and Cape Town, and is the recipient of four honorary doctorates. A Guggenheim Fellow, she is completing a book on the history of Jewish scholarship on Islam.