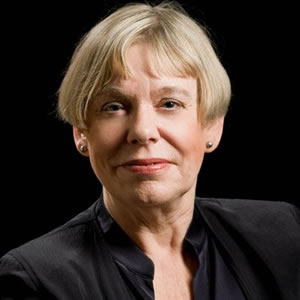 Karen Armstrong OBE is a historian of religion, whose books on the traditions of India, China, Judaism, Christianity and Islam have been translated into forty-five languages. They include, A History of God, which was an international bestseller; The Battle for God, A History of Fundamentalism; Islam: A Short History, Muhammad: A Prophet for Our Time; Buddha; The Great Transformation: The Origin of Our Religious Traditions and most recently Fields of Blood; Religion and the History of Violence. In 2007 she was appointed by Kofi Annan to the High-Level Group of the UN Alliance of Civilizations with the task of diagnosing the causes of extremism. In 2008, she was awarded the TED Prize and began working with TED on the Charter for Compassion, created online by the general public, crafted by leading thinkers in Judaism, Christianity, Islam, Hinduism, Buddhism and Confucianism. It was launched in the fall of 2009 and has become a global movement. Also, in 2008 she was awarded the Franklin D. Roosevelt Four Freedoms Medal. In 2013, she received the British Academy’s inaugural Nayef Al-Rodhan Prize for Transcultural Understanding and in 2015 the ISESCO prize for educators. She is a Fellow of the Royal Society of Literature and a Trustee of the British Museum.