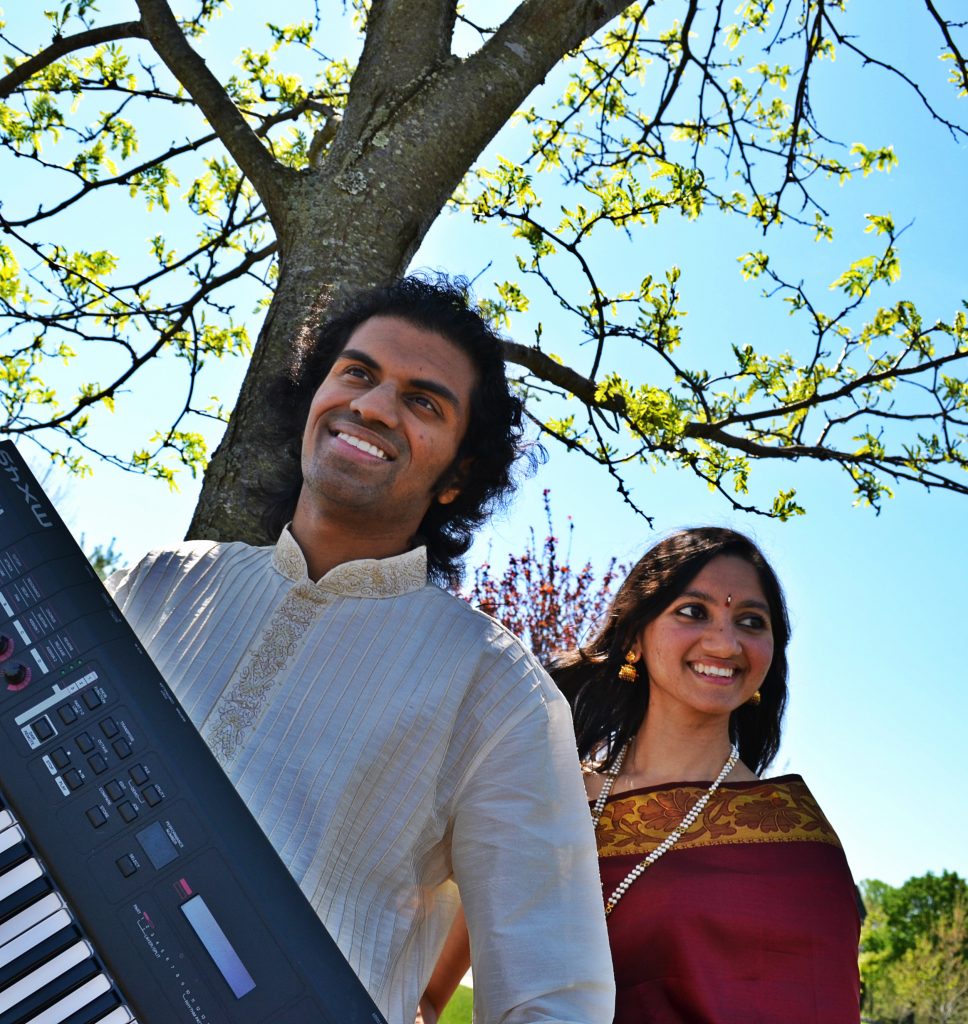 Aks and Lakshmi are a composer-vocalist duo who specialize in contemporary Indian devotional music. Aks is a composer and vocalist who composes for albums, film & TV and video games. A student of Oscar-winner AR Rahman, he is known for his unique style of presenting high production value music with strong Indian roots. Lakshmi is a vocalist and scholar who brings together music, scholarship, and storytelling onto one platform. With an M.A. in Religious Studies from Stanford University, she performs and writes on the great Indian vernacular poet-saints. Originally from Singapore, she has several devotional album credits with her mother and guru Padmini Chandrashekar.

Aks and Lakshmi’s music and media company Eclipse Nirvana is a pioneer in World music with South Asian nuances. Through live shows and albums, they present the poetry of Indian poet-saints to a wider interfaith audience, discussing the relevance of their messages in modern society. In 2013, they released “The Bhakti Movement”, a project which modernized traditional poems and was distributed worldwide by Sony Music and Eclipse Nirvana.

Having performed at prestigious venues such as Princeton University, GTU, and Stanford, the content of their music brings strong educational value to institutions for higher learning. Based in California, Aks and Lakshmi also do private fundraisers for interfaith, cultural and religious organizations across the US.